Many people outside of Japan have illusions that everything in Japan is far more high tech than places like America or the U.K.. Many people think this, but to be honest, after you spend a serious amount of time here in Japan on the ground, you’ll realize that it isn’t so high tech.

This post BTW isn’t a “Japan poop-fest.” Not at all! Not being all negative! This is a simple clearing up of myths.

This week I recorded an episode of the Just Japan Podcast where I talked all about Japan-myths. That’s what led me to write about the topic.

Ok….time to dispel some myths.

Amazing phones everywhere: Yes. The phones here in Japan are amazing and they are the same phones you are using in your country. iPhones lead the way and those not using them are using Android devices. One interesting difference between phone usage in Western countries and Japan is that most Japanese people use their phone as if it were their main computing device. This means that the majority of people using smart phones never sync them to their computers or back them up.

When you ask people if they’ve backed their phones or synced them, they look at you as if you’ve your drunk.

What does this mean? Well, if someone loses their phone or drops it into a pot of water while doing their dishes…their entire digital world is lost!

Fax machines: Yup….dial-up modem sounds can be heard in offices and teacher’s rooms across Japan because fax machines are alive and well here. People use them. Many companies would rather fax a document than send a digital version because it is still very much a paper-based culture.

Cash culture: Yup, you can of course use your phones to pay for some things, but it’s not as common in other countries. ApplePay only came to Japan in late 2016. Debit cards are not so common. Most people pay for most goods and services using cash. If you go to the dentist or a small medical clinic, bring cash because it’s more than likely that they won’t even accept credit cards. 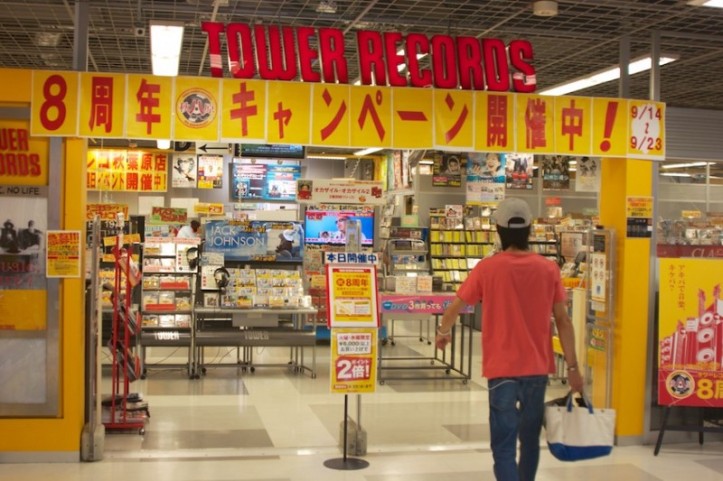 Physical media: Spotify, a digital music service well known in other countries just came to Japan in late 2016. They are having a hard time getting folks to sign up because most people in Japan still want physical media. That’s right! CD’s are alive and well here in Japan. Most people who are music fans have massive CD collections that are still growing. Just a few years ago people were using mini-discs (I’m not joking).

If you ask about digital downloads of music and videos from content creation companies they are still confused about the question. Services like Netflix and Hulu, while available in Japan, still have a very small number of subscribers.

Although an amazing country and culture, this post just demonstrates that sometimes we build up mythical ideas of certain places.

Japan rocks and it does have some high-tech things going on. At the same time, it does lag behind other countries when it comes to tech.