I’ve always heard about how expensive it is to live in Japan. That really isn’t the case. Expenses vary of course depending on where you live. You will most certainly pay more to rent a one-room apartment in central Tokyo than in Aomori, but the economic divide between rural and urban is something we see in every country.

I personally find that living in Japan is not really much different than living in Canada (where I am from). Some things in Canada are more expensive than here and vice versa.

In this post I want to talk about some of the things that I personally find expensive. These are small daily items. I won’t talk about housing, automobiles, electronics, etc. No big-ticket items. I will focus on the things you might pick up at the supermarket or when you are out shopping.

Beer is quite expensive in Japan compared to many other countries. The price of beer at a supermarket is somewhat similar to what I might pay in Canada, but Canada is well known for its high alcohol taxes. A standard can of macro-produced beer purchased at a supermarket might cost you about 210 yen ($2.05 USD) and at convenience store about 230 yen ($2.25 USD). Of course, micro beers cost far more.

This really varies depending on where you live, the season and even the day of the week. Prices on produce really seem to yo yo. A single tomato may cost 105 yen one day and a few weeks later is double or triple the price. Half a small head of iceberg lettuce might jump up to 300 yen. Recently at my local supermarket here in Kobe, a single (not so nice and small) apple would set you back about 300 yen ($2.92 USD)….for one apple! It really pays to comparison shop and often you find yourself holding off on the fruit and vegetables you crave!

If you are interested in purchasing a dog or cat from a pet shop in Japan be prepared to pay through the nose. I myself am not a pet owner, but many of my friends are and have shared their experiences. I also wander into pet shops from time to time to look around. A standard pure bred dog purchased here will probably set you back more than 3-4 times what you would pay for the same dog in the United States or Canada! I have seen Labrador Retrievers go for 300,000 yen ($2,932 USD) and more!

There is a reason so many people avoid them or sleep in an Internet café or McDonalds if out late past the last trains. They’ll sleep somewhere because getting a taxi home is too far out of their price range. Sometimes it may be much cheaper to sleep in a capsule or business motel then taxi it home!

When I lived in South Korea I took taxis everywhere because they were so cheap. If I missed the last train in Seoul while out for the night I had no problem taking one back home to Ilsan where I lived. That was about 30km from Seoul, but would only cost about $20.00 USD.

It’s expensive here. A nice cup of coffee from an artisanal shop or a roaster will be at least 500 – 600 yen or more ($5.86 USD). About the same from a major chain like Starbucks. 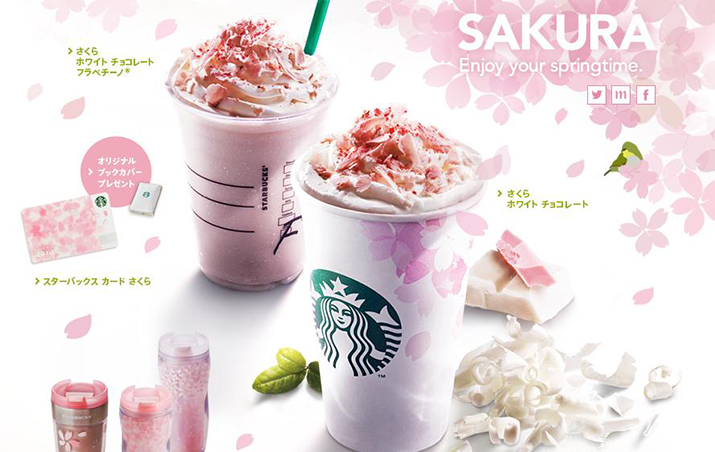 Off the hook expensive if you order out for pizza! I’ll include a few pictures of a Domino’s Pizza menu below. Look at it and use a currency convertor to be horrified!

There’s a reason I always make my pizza from scratch at home! 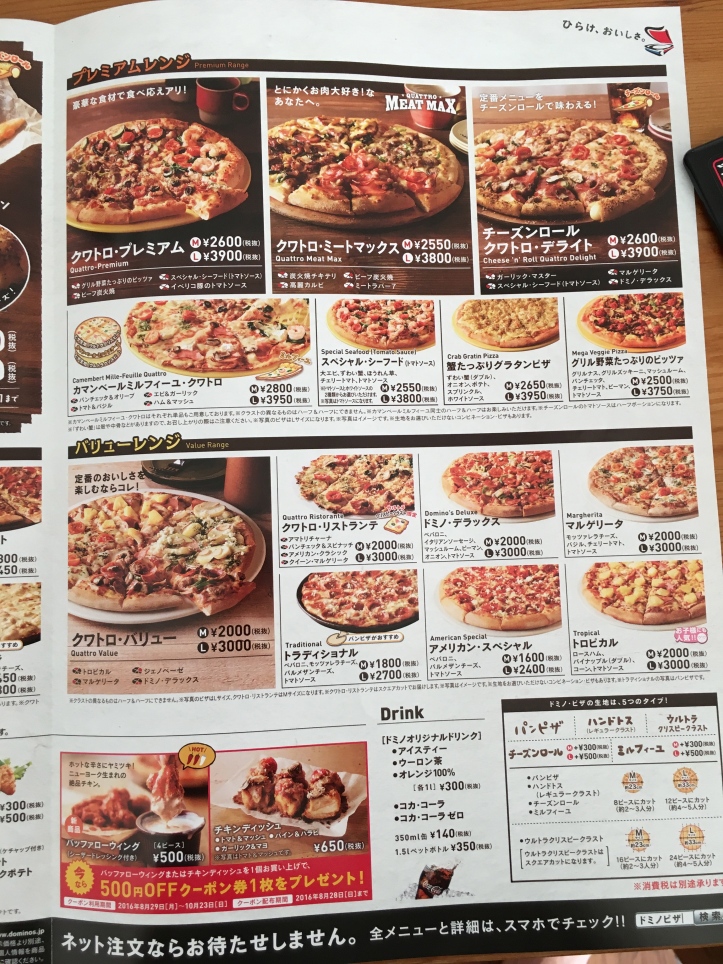