Japanese convenience stores or “conbinis”  コンビニ have a reputation for being EXTREMELY convenient. They are open 24 hours a day and located almost everywhere if you are in a large urban area. They carry an astonishing array of products. You can buy food and drinks, electronics, underwear, stationary, groceries, print photos, send faxes (they do that here in Japan), etc.

Many major chains of conbinis are constantly expanding their frozen food sections as well. A while back I was out for an evening walk and wandered into a Lawson convenience store. This one was a Lawson Station which meant they had an even larger variety of products than a standard convenience store. As I peered into the freezer something jumped out at me.

I had to try the rice burger! More specifically a kalbi rice burger. Kalbi is a Korean style marinated beef. The price was 165¥.

Basically it was a kalbi burger, but instead of having a bun, the meat is sandwiched between two pressed rice paddies.

First you prepared it by taking it out of the package. There is an inner package. You make a small rip in the corner and then microwave it at 600 Watts for 2 minutes and 30 seconds.

Be careful opening the package. It was extremely hot. 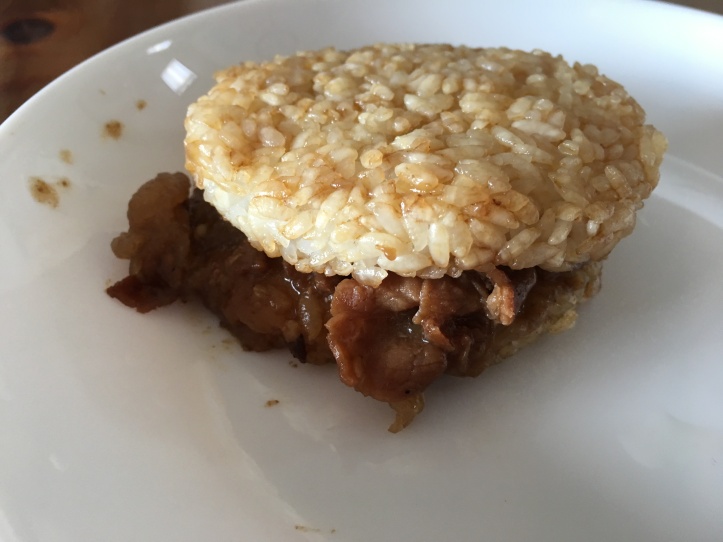 Here’s what it looked like outside of the package and ready to eat. It was extremely hot and I had to wait a few minutes for it to cool down. It smelled great. Definitely a sweet kalbi smell.

It was really challenging to eat though. I picked it up like a burger, but after one bite the rice paddies started to fall apart. 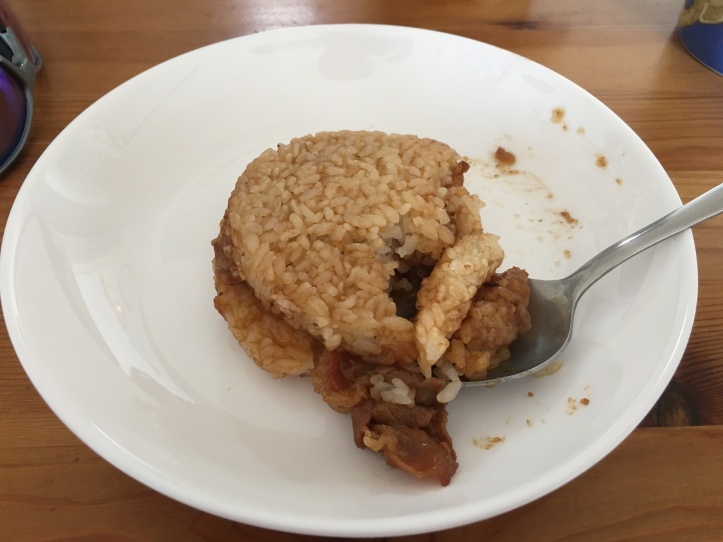 I had to finish it using a spoon. I suppose a fork would have worked well too.

Overall it was pretty good. I wasn’t disappointed. It was a 165¥ frozen food product so I wasn’t expecting a culinary masterpiece. Overall the taste was okay. I doubt I’ll buy another one, but it was a fun experiment.