In this post we’ll look at some of the creepiest places in Japan.

Hashima or Gunkanjima (Battleship Island) is an abandoned island off the coast of Nagasaki, Japan. It is known for it’s abandoned buildings and large sea wall. It was built to access undersea coal mines in the late 1800’s during the Industrialization of Japan. The last inhabitants left the island in 1974. In 2015 the island was made a UNESCO World Heritage site. You can take tours of the island. 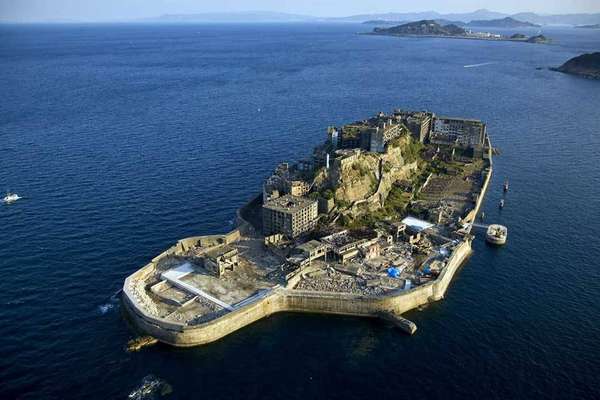 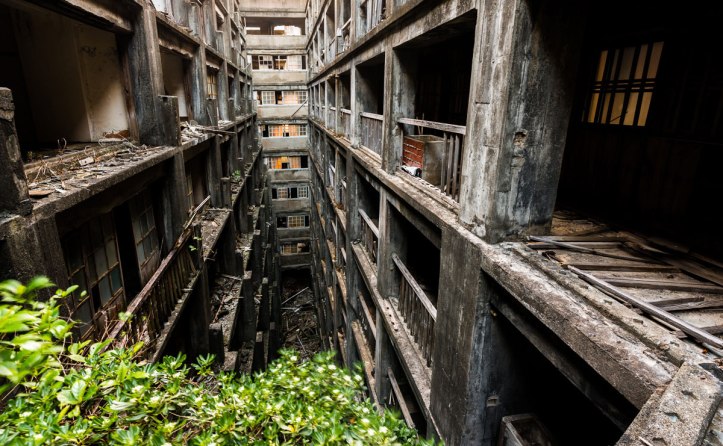 Located in Kobe, Japan, the Maya hotel was first constructed in the late 1920’s. During World War 2 it had anti-aircraft guns installed on the roof and was fire-bombed. Later rebuilt, it was a functional hotel until the mid-1990’s when it finally closed. Today it is a spot visited by urban explorers. Although not connected with ghostly happenings, like any good abandoned building, the creepy factor is there.

Aokigahara (Sea of Trees) is the forest located at the base of Japan’s tallest mountain, Mt. Fuji. A popular place for hikers and explorers, it also has a much darker history. It has a history of paranormal activity and is said to house the ghosts of many dead Japanese. Sadly, many people travel to Aokigahara to take their own lives even today and when you visit you can see suicide prevention lines around the park. 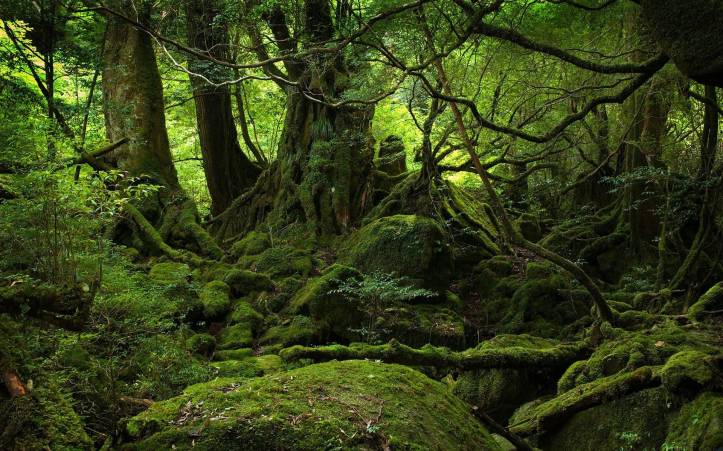 Built in 1961, Nara Dreamland was a Disney Land inspired theme park in Nara, Japan. It closed in 2006 and has been a popular spot for urban explorers ever since as the park decays. No ghostly connections here, but an intact and abandoned theme park is a creepy place to visit. It is now being torn down. 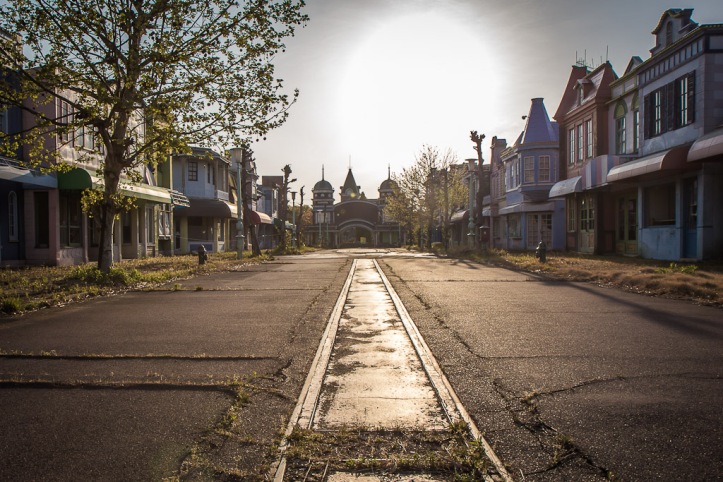 Okiku’s Well is a well located on the grounds of Himeji Castle in Himeji, Japan. It is said that Okiku was a servant of a samurai at the castle. She denied the advances of her samurai master who then threatened to blackmail her if she wouldn’t become his mistress. She chose suicide over becoming his mistress. She dove into the well. Her ghost is said to still haunt the castle grounds today. 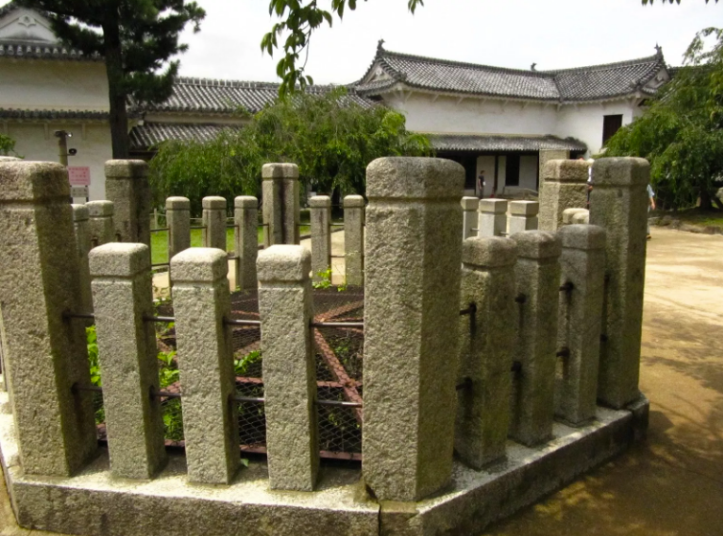 This area located in Yamanashi is a series of steep cliffs along a river near Highway 411. It is known for its’ rugged beauty, but it is said that a long time ago 55 prostitutes were murdered in the area and their ghosts still haunt the area. 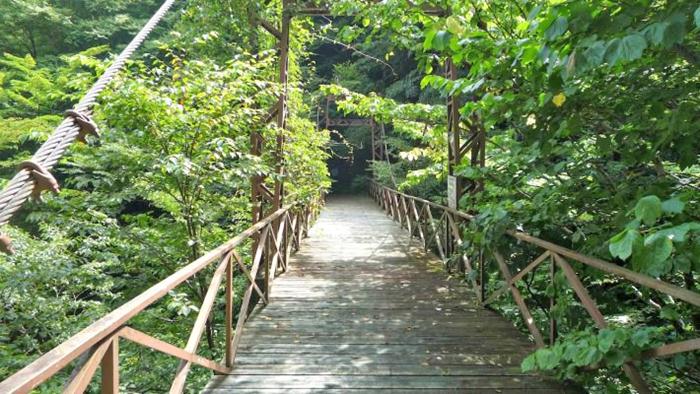 A former temple, theses ruins are located in Otukuyama Park in Hachiyoji, Tokyo. The temple was torn down in 1983, 20 years after an elderly woman was murdered on the site. In 1973, the murdered body of a university students said to be having an affair with her professor was dumped there. Some say her cries can still be heard as she haunts the area. 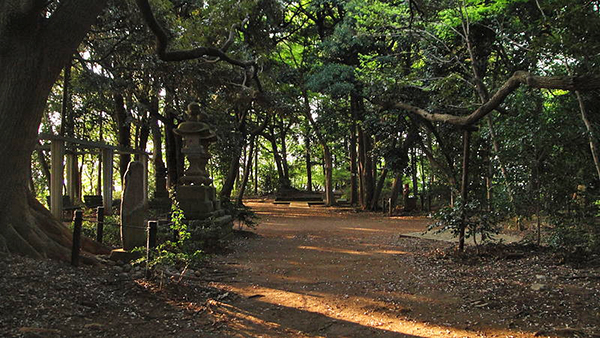 Located near Fukuoka, Japan, this out-of-service tunnel is said to have been a murder scene. Many adventurous people today like to explore this creepy place. Some say you can hear a voice telling you to “Stop” as you try to enter. 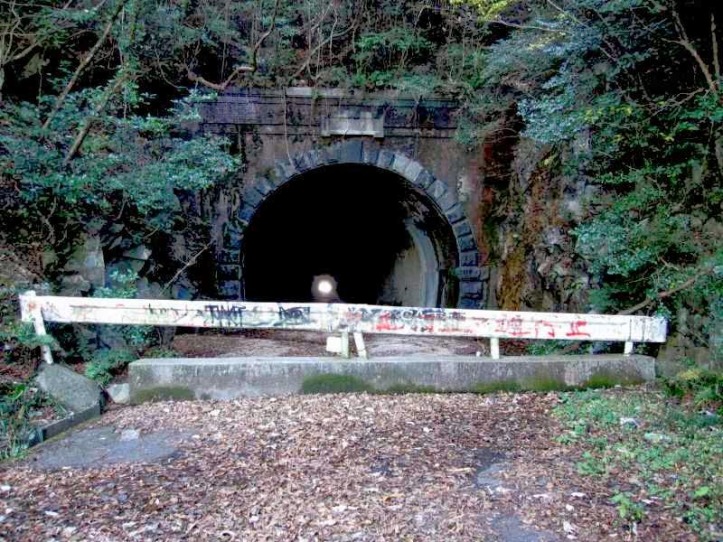 Hope you enjoyed this list-style post about creepy things in Japan!